Regarding Susan Sontag is an intimate study of one of the most influential and provocative thinkers of the 20th century. Endlessly curious and gracefully outspoken throughout her career, Susan Sontag became one of the most important literary, political, and feminist icons of her generation. Nancy Kates’ in-depth documentary tracks Sontag’s seminal, life-changing moments through archival materials, accounts from friends, family, colleagues, and lovers, as well as her own words, as read by Patricia Clarkson.

Regarding Susan Sontag by Nancy Kates

REGARDING SUSAN SONTAG is an intimate and nuanced investigation into the life of one of the most influential and provocative thinkers of the 20th century.

Regarding Susan Sontag Trailer from Nancy Kates on Vimeo.

Passionate and gracefully outspoken throughout her career, Susan Sontag became one of the most important literary, political and feminist icons of her generation. The documentary explores Sontag’s life through archival materials, accounts from friends, family, colleagues, and lovers, as well as her own words, as read by Patricia Clarkson. From her early infatuation with books to her first experience in a gay bar; from her early marriage to her last lover, REGARDING SUSAN SONTAG is a fascinating look at a towering cultural critic and writer whose works on photography, war, illness, and terrorism still resonate today. 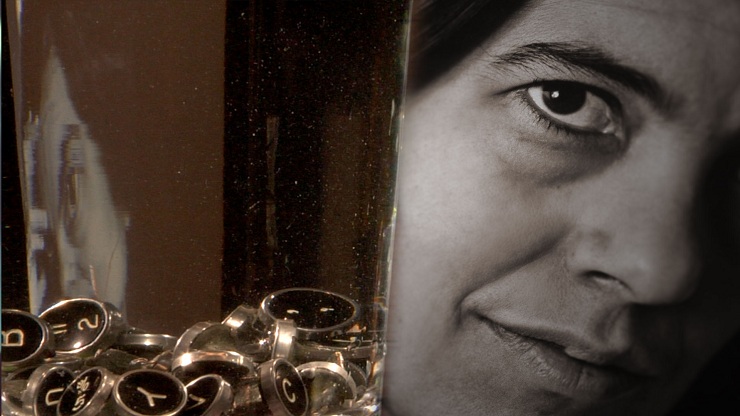 With the support of the embassy of USA in Athens

I was inspired to make a film about Susan Sontag because of my sadness at her passing. When she died in late 2004, I felt that an important voice had been silenced. Sontag fascinates in part because of her internal contradictions, as well as the way in which she mirrors divides and conflicts in the culture. She was the foremost female intellectual of her day, and refused to be reduced to her gender, but was also perfectly willing to use her beauty and sensuality to advance her career. She wrote about low culture from a position within high culture, which was quite a radical act in the mid-1960s. Sontag stood publicly against the Vietnam War, but not against the actions of the state of Israel, at least in the 1970s. She was politically brave, but fearful about exposing her personal life; ahead of her time in many ways, and yet closeted.

A few months after her death, I found myself having an argument with a colleague about whether Sontag had been a lesbian. Neither the New York Times nor the Los Angeles Times obituaries mentioned her same-sex relationships. For the national paper of record to make such an omission seemed, to many, to be homophobic, though it was likely done with the intention of protecting her privacy. As I walked back to my office after this conversation, the idea
to make a documentary on Sontag hit me like a brick. The task was daunting, however. Sontag was fascinating, complex and difficult.

For decades, I have been interested in Susan Sontag—as both thinker and icon. Sontag represents the possibility of a committed life, an intellectual life, and a life of thinking and writing not defined by educational institutions. She certainly embodied an ideal for female undergraduates of the 1970s and ‘80s: Sontag was the zenith that none could equal but many aspired to. The film also comes out of my obsession with books and writing—it is, in part,
a reader’s tribute to a writer and the literary world.

Publicly, Sontag was the fierce “dragon lady” of American letters; in private, she was as confused and vulnerable as the next person. Nor did she feel free to reveal her vulnerabilities, for fear of being dismissed as weak and emotional by her fellow writers—often men with large egos. She kept her sexuality private, assuming it would be used against her, even in later years, when admirers demanded that she come out. The film explores the contrast between the private, vulnerable Sontag and her self-assured public persona, and, above all, the ways in which Sontag did not wish to be seen.

I am also interested in documenting the issues Sontag championed, and demonstrating why her ideas continue to resonate in the culture. She wrote eloquently about photography and its importance in consumer culture, calling for an “ecology” of images. In many ways, we live in a Sontagian world of complete visual overload, a media environment dominated by the image culture of television, advertising, YouTube, Facebook and instant access to information. The film creatively uses archival materials in the effort to excavate the past, partly by creating visual metaphors for her ideas.

REGARDING SUSAN SONTAG is a deep, associative engagement with a serious subject, and one that raises more questions than it answers. We hope that those familiar with Sontag’s work will gain fresh insights into her life and legacy; the documentary is primarily intended for a broad audience, including those who are less familiar with her. I would like the film to inspire new audiences, young people who may have never heard of her, and others with only a cursory knowledge of Sontag as a cultural figure.

Regarding Susan Sontag Trailer from Nancy Kates on Vimeo.