“Take me to Tel Aviv” Party @ the Apartment

This year’s Outview Film Festival closing party is dedicated to the 10 years of TLVFest in Israel. TLVFest, from the very beginning has been a strong force against antisemitism and has also been a strong voice in supporting Palestinians rights saying that pride can’t exist on territories that remain under opposition. So continuing our tradition of screening Israeli films at Outview Festival which make that point exactly we have decided to dedicate this closing party to Tel Aviv and its festival; which will begin only a few days after Outview Film Festival! 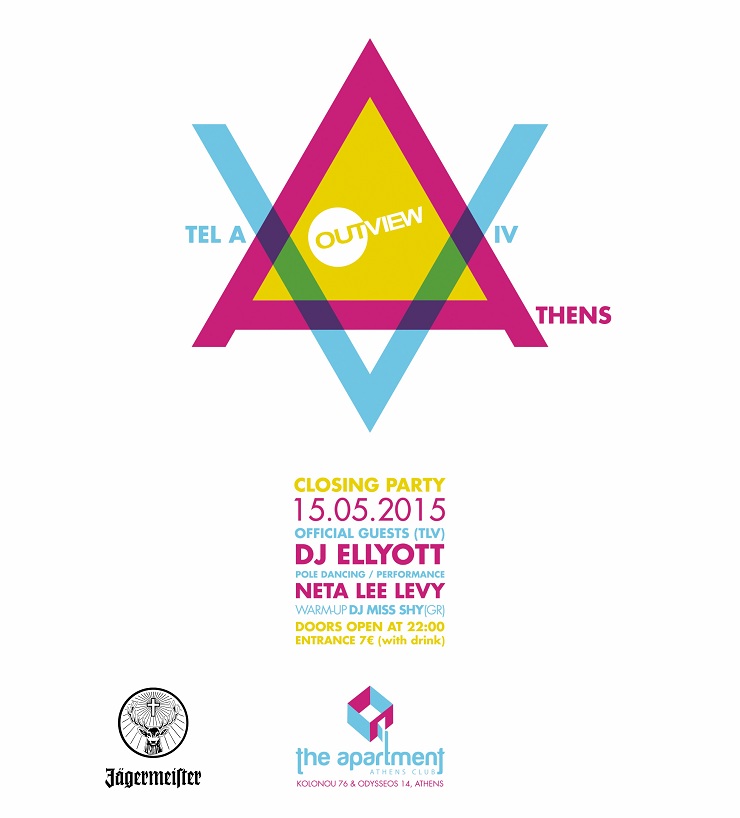