Within our tribute to Gender this year, Outview Film Festival 2015 is organizing a discussion on Queer and Gender & Queer Politics, on Wednesday the 13th of May 2015 at 17.30, at the Greek Film Archive (Iera Odos & M. Alexandrou st.)

Our official guest and main speaker will be the French queer theorist and activist Marie-Hélène/Sam Bourcier.

Marie-Hélène/Sam will talk about current Queer politics. What is a queer agenda; if there is any? How does it differ from L&G assimilationist, homonormative and homonationalist politics, that focus on marriage and inclusion in the nation? How queer politics and transfeminism which are willing to address social transformation and economical distribution address neoliberal biopolitics?

There are two distinct currents at this moment at work in the LGBT & Queer struggle: and these trends and their contrast are largely expressed through the current LGBT & Queer Cinema.

To speak about this connection of cinema and politics, we are more than happy to have as guest speakers: Sam Feder, director of the documentary on Kate Bornstein, «Kate Bornstein is a Queer and Pleasant Danger» -which we will be screening after the end of the event- and Bard Yden, Director of Skeive Filmer Film Festival, the
Oslo LGBT Film Festival. How is the current LGBTQ cinema formed, which parts are expressed and promoted, and why other queer expressions and demands always remain in the background, even though they seem to be at the very core of the queer theory’s revolutionary ideas?

Among the speakers will also be Marina Galanou, the Director of the Greek Transgender Association, Erofili Kokkali, member of the greek activist grassroot group QueerTrans and more people belonging to greek LGBTQ activist groups -in an attempt of ours to connect the latest developments around queer theory with the greek reality.

The discussion will be held in both English and Greek, with the help of a member of the Lesbian Group of Athens! 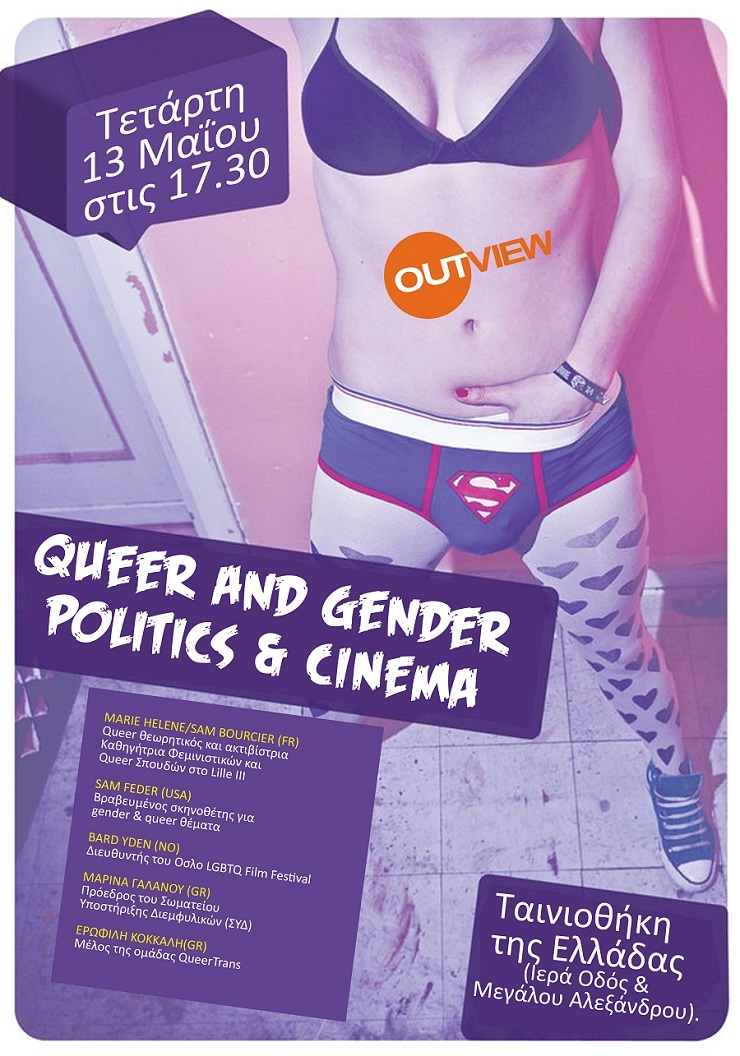 He is currently working on a book sex and neoliberalism and discriminations at university.

A few words on Sam Feder
Sam Feder is a Brooklyn-based, multidisciplinary artist exploring interpersonal power dynamics and the politics of media-driven identity. Their directorial debut, the award winning feature, BOY I AM, is cited as one of the 10-must-see gender documentaries.