Reaching For The Moon

Reaching For The Moon by Bruno Barreto

Based on the true love story of Elizabeth Bishop and Lota de Macedo Soares.

1951, a cargo boat arrives in Rio de Janeiro, Brazil coming from New York. ELIZABETH, 40, disembarks, she plans on leaving for a journey through South America on a boat that will depart within 5 days. She phones MARY, an acquaintance from New York, who lives in Rio. MARY convinces ELIZABETH to stay with her and picks her up at the port.

MARY arrives at the port with LOTA, her love affair of more than 12 years. ELIZABETH and LOTA are introduced to each other. LOTA is outspoken, imposing, genuine and full of charisma. She loves to shock people. To the society of Rio de Janeiro, LOTA is seen as a seductive woman, strong, masculine and intractable. Whereas, the discrete ELIZABETH, is seen by everyone as the perfect translation of human fragility, an original wasp – white, Anglo-Saxon Protestant, both physically and emotionally. Although there is an initial mutual incompatibility there seems to be an enchantment between them. LOTA wants ELIZABETH to stay in Brazil while MARY does everything possible to get rid of the suddenly inconvenient visitor. 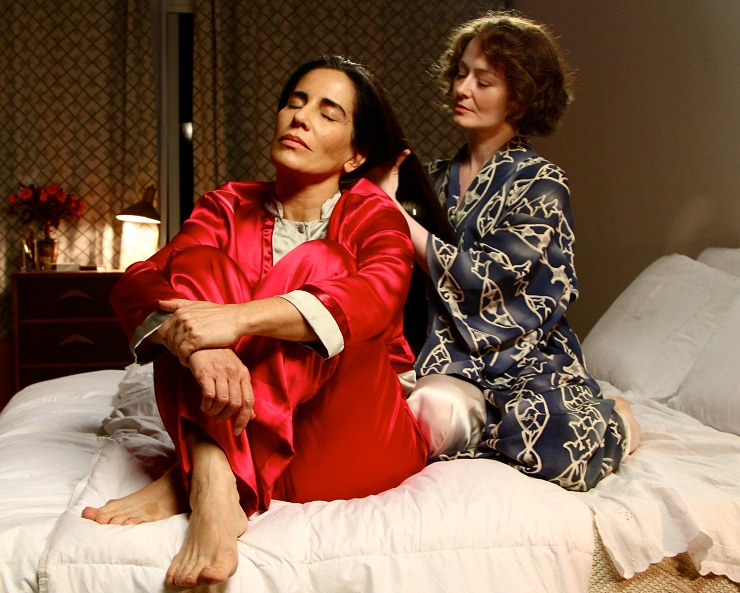