AN HONEST LIAR is a feature documentary about truth and deception and the life of world-famous magician, escape artist and master skeptic, James ‘The Amazing’ Randi.

AN HONEST LIAR is a feature documentary about truth and deception and the life of world-famous magician, escape artist and master skeptic, James ‘The Amazing’ Randi. The film brings to lifeRandi’s intricate investigations that publicly exposed psychics, faith healers, and con artists withquasi-religious fervor. A master deceiver who came out of the closet at the age of 81, Randicreated fictional characters, fake psychics, and even turned his partner of 25 years, the artist Jose Alvarez, into a sham guru named Carlos. But when a shocking revelation in Randi’s personal life is discovered, it isn’t clear whether Randi is still the deceiver – or the deceived. An Honest Liar TRAILER from Justin Weinstein on Vimeo.

AN HONEST LIAR is a story of cons and deceptions perpetrated for both good and evil. The filmfollows the life of James “The Amazing” Randi, a world-renowned magician, escape artist andmaster of deception who has entertained and educated the world for over 50 years.As a teenager, Randi left his Toronto home to join a traveling carnival and neverlooked back. He went on to tour the world performing feats of escape from handcuffs,jails, safes, and straightjackets. His acts of endurance – sealed in ice and submergedin locked coffins – earned him world records.

His dazzling acts of mind reading and mentalism convinced people he had psychicpowers, giving him the opportunity to use these skills to take advantage of credulouspeople. Randi saw many others doing just that – he discovered faith healers, fortunetellers,and psychics using his beloved mentalism and magic tricks – not to entertain, but to steal money and destroy lives.

Enraged by this, Randi would devote his life to protecting the public from such thieves. As a self-described “liar, cheat, and charlatan,” he would usehis skills of deception for the public good. He did so by orchestratingelaborate hoaxes and famous investigations that would expose thesecharlatans and fakers for what they reallywere.Randi found a wily nemesis in the Israelispoon-bending psychic Uri Geller, and famously went to greatlengths to debunk him. He even sent two young magicians toinfiltrate a laboratory study of the paranormal to show how eventrained observers can be deceived. 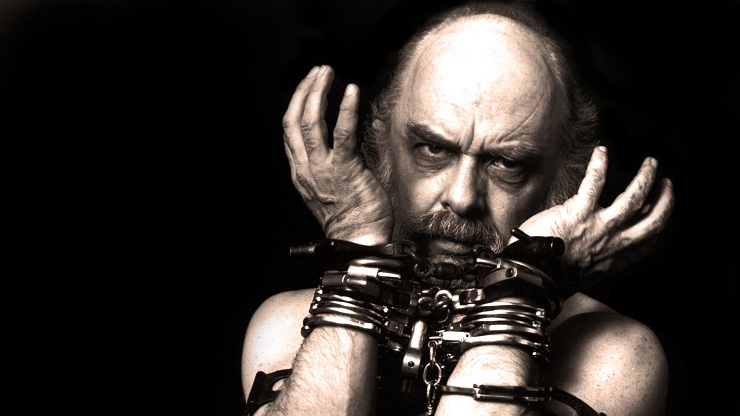 Justin Weinstein – Director / Producer
Justin Weinstein is a Brooklyn-based former scientist whose documentarywork spans feature films and broadcast journalism. He wrote and editedBEING ELMO: A Puppeteers Journey, which won the Special Jury Prize atSundance (2011), and for which Weinstein and fellow writer/editor PhilipShane were nominated for The Humanitas Prize which honors “film &television writers whose work explores the human condition in a nuanced,meaningful way.” Prior to that, Weinstein produced numerous projects forABC News, Peter Jennings Reporting and PBS, including “Hot Politics” forFRONTLINE and the ABC News Primetime special, “Last Days on Earth.”

Tyler Measom – Director / Producer
Tyler Measom is the co-director/producer of the documentary filmSONS OF PERDITION, which premiered at the Tribeca Film Festival,screened at over 45 festivals and was acquired by the Oprah WinfreyNetwork. Measom is also the producer of the feature film, TAKE,starring Minnie Driver and Jeremy Renner. He has written, producedand directed over one hundred commercials, short documentariesand industrials for a wide range of national and international clients.He has recently completed PBS documentary about the surprisinglyrich history of alcohol in Utah, entitled Beehive Spirits. He is theproducer of the soon to be released documentary JESUS TOWN.Measom currently lives in Salt Lake City under the shade of giant oaktree. And no, he’s not Mormon.

“One of the brilliant things about this film is that it’s completely unpredictable… Very few documentaries are particularly creative in their design, but this one is, improving it tenfold… It’s a journey into truth and deception in all of its forms: a funny, personal and essential documentary,” (http://eqview.com)