Lloyd’s mom Maggie (a hilarious Nia Vardalos) says she would not only accept a gay son, she actively encourages it, as it would be “really cool” to have one.

Oh, how far we’ve come from the dark days of rampant homophobia. But teenager Lloyd Cooper (Jason Dolley) may think society—or at least his mother—has progressed a bit too far on this topic.Lloyd’s mom Maggie (a hilarious Nia Vardalos) says she would not only accept a gay son, she actively encourages it, as it would be “really cool” to have one. In fact, Maggie becomes so convinced that Lloyd himself is gay that she “outs” him to his entire high school. Like any good “helicopter mom,” who hovers over every aspect of her children’s lives, Maggie takes control of Lloyd’s social life, setting Lloyd up on dates with boys whom she has approved and filing for a gay student college scholarship. There’s just one wrench in her grand plans: Lloyd doesn’t even know whether he’s gay or not. But the mother is willing to accept her son for who he is—or at least who she thinks he is. 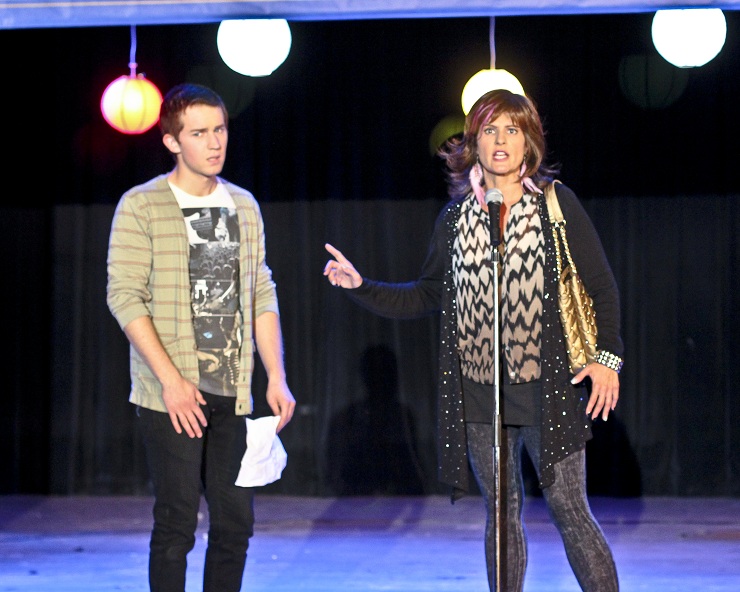 The film shows, in uproarious fashion, how an overabundance of understanding, however well-intentioned, can be almost as stifling as narrow-mindedness.-SIFF

Nia Vardalos
Nia Vardalos was born on September 24, 1962 in Winnipeg, Manitoba, Canada as Antonia Eugenia Vardalos. She is an actress and writer, known for My Big Fat Greek Wedding (2002), Connie and Carla (2004) and I Hate Valentine’s Day (2009). She has been married to Ian Gomez since September 5, 1993. They have one child.